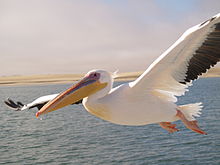 Today’s segment is Questions from my kid!

I originally replied “No, because sea turtles have pretty hard shells and that would be a pain to digest!”

Obviously, I am new to motherhood. I’m bound to be off-kilter.  So now I have decided to find my baby the answer.  Here goes!

Okay, so I found this:

Then I found this:

What do they eat and how?
Pelicans mainly eat fish, but they are opportunistic feeders and will eat crustaceans, tadpoles and even turtles. They readily accept ‘handouts’ from humans, and a number of unusual items have been recorded in their diet. During periods of starvation, pelicans have been reported capturing and eating seagulls and ducklings. The gulls are held under water and drowned before being eaten headfirst. Pelicans will also rob other birds of their prey.

The bill and pouch of pelicans play an important role in feeding. The bill is sensitive and this helps locate fish in murky water. It also has a hook at the end of the upper mandible for gripping slippery food items. When food is caught, the pelican manipulates it in its bill until the prey has its head pointing down the pelican’s throat. Then with a jerk of the head the pelican swallows the prey. The pouch serves as a short-term collecting organ. Pelicans plunge their bills into the water, using their pouches as nets. Once something is caught, a pelican draws its pouch to its breast. This empties the water and allows the bird to manoeuvre the prey into a swallowing position. The pouch can also serve as a net to catch food thrown by humans, and there are sightings of pelicans drinking by opening their bill to collect rainwater.  When fully extended, the bill can hold up to 13 litres.

So mommy stands corrected! Pelicans will eat a turtle. I don’t know if my kid will be devastated or not.  Hard to tell. She is one tough cookie.

Error: Twitter did not respond. Please wait a few minutes and refresh this page.