The one thing about adulthood is that you get to live by your own rules, you set the standard and tone for your home. Leave a pillow on the floor, be imperfect and perfectly happy. Perfection is a joke, we are all humans. …. Which means on a human level perfection is impossible.

Posted from WordPress for Windows Phone

RT @thedailylove: An Authentic relationship is a natural extension of who you already are. #TDL

You are looking around saying to yourself, why wasn’t I invited. Why is this party important?
Well, hell…. I (@Efabulous1) am a DJ… okay now I’m back to being an “at home” / “bedroom” DJ. However, I used to be a spinning vinyl, out a clubs party all night DJ. I have a keen neurosis for music and if you ever want to follow me, find me on Twitter at @DJEfabulous or Facebook at facebook.com/djefabulous.
I digress…. the party that changed my life.

10 years ago on September 14, 2002, a wonderful, talented DJ / Producer by the name of Red D aka Bart Van Neste invited me to Beligium to play.  I played along him and one of my favorite British DJs – Martin Red. I wasn’t spectacular, mainly because that was the day I met my husband. It was a very magical time for me.  I flew across an ocean, met the love of my life, made some friends I’ve now had for 10 years and it started a love story that lasted 9 years and 3  months. 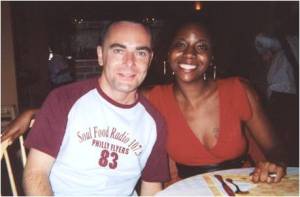 In honor of those 10 years, I’d like to dedicate @TwoDopeMoms DopeMusic Thursday to my favorite DJs – Red D & Martin Red.  We have all prepared mixes in celebration of our 10 year anniversary playing together.  All you readers, music lovers and house music fans are definitely in for a TREAT.

Christmas come early to your ears boys and girls!

All the rest you can ask me whilst having a beer together, or you could just come and listen when I play.
Kinky Top Mix – Red D

Martin has been into music from an early age, being the youngest of four brothers. Amongst the stronger influences; jazz, soul, funk, disco, hip hop, electro, new wave, punk, reggae.

He found House music when it first landed in the UK in the mid eighties. Rather than take through his music background, perhaps start from when he started working.

He started working as a DJ professionally in 1989; he was doing bars such as Notes Bar and 49ers in Birmingham. He also did a Saturday night dance show on a Pirate station. Fresh FM was ran by two parts of The Constructive Trio. These DJ’s formed a big part of the initial House scene that took off in the midlands, during the mid 80’s.

He started doing his first weekly club residency at The Hummingbird on A Friday night, he would play to a crowd of 2000 – 3000, along with other residents they also had great guests. This led to many all nighters and one off venues also. He continued doing Fridays and Saturday all dayers at Notes Bar.

Martin started organizing his own night in 1990; this was the first weekly nights at Shelleys in Longton, Stoke On Trent, UK. 28th June 1990, opening guest was Evil Eddie Richards (Jolly Roger). Other guests over time included Derrick May, Colin Dale, Dave Angel.

As the profile on a flyer from a Kinky People party in Belgium stated “judicial troubles.. nothing was going to stop this man easily his love of music was far too strong”

Worked in many clubs and cities over the past years. He has always remained into music over commercialism. Yet, still possessing a good eye for a venues atmosphere requirements.

Bipedal primate with a neurosis for good music…

There you have it.. great dj(s), bound by one awesome party, lovers of good music for life and friends.  Life is good and it’s proof positive you never know who you will meet in life, where they are from and where just a chance meeting could take you.

Lol… Yes I am one of those loyal Blackberry users that keeps RIM afloat. So of course any thing that has a qwerty keyboard and also helps my 4 year old learn her ABC’s is a winner. 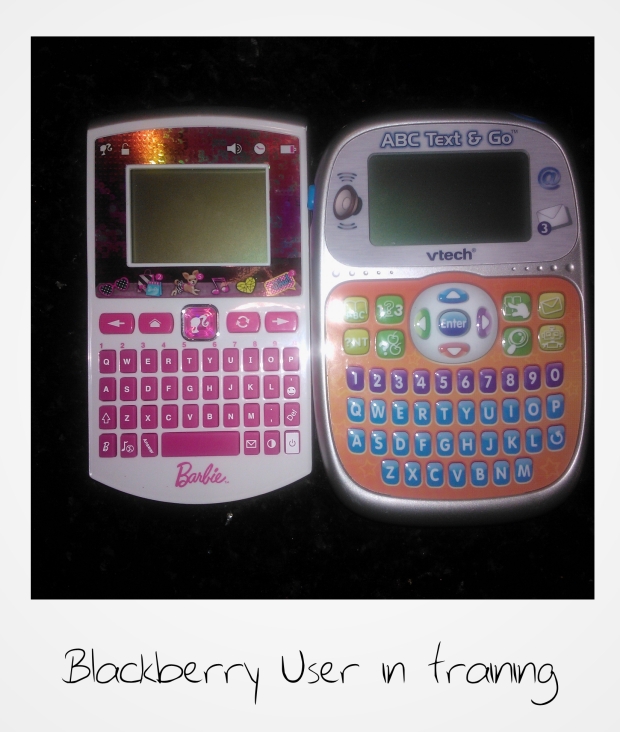 Posted from WordPress for Windows Phone

Relight my fire is once of the best Chicago Dance classic and all around disco songs ever.  Originally released in 1979 (wow I was 5… geez), it was a follow-up song to “Instant Replay”.   Strings and horns courtesy of MFSB and the conductor was Don Renaldo, of MFSB.  The 12 inch version has a 4.5 minute intro called Vertigo and it is the best intro to a song that has ever been written. The vocals were put down by legendary Chicagoan – Loleatta Halloway!

When I hear this song I am reminded of the lat 80’s in Chicago when all the high school kids partied at the Bismarck, Sauers and AKA’s.  It was a great time to be alive, to be exposed to so much great music and to dance like no one was watching!!! Enjoy!

Every single working mom or dad is a super hero in their own special way! http://ow.ly/dFjzk

One of my core issues is being No. 1.
I am an only child.
It’s second nature for me to Alpha out… and so when I was 16, I started reading about Maslow’s self-actualization. I found it very comforting because I felt it’s the highest level of humanity in which one could exist and yet exist with the minions of the world.

ic to ourselves, in who we are and I think in my personal quest, self-actualization is the way to go because I know that I never stopped evolving but my knowledge bases has been severely hampered by poor and immature choices.

Also me to share the 2nd point in Maslow’s work:

2. Acceptance of self, others, and nature. Self-actualizing persons are not ashamed or guilty about their human nature, with its shortcoming, imperfections, frailties, and weaknesses. Nor are they critical of these aspects of other people. They respect and esteem themselves and others. Moreover, they are honest, open, genuine, without pose or facade. They are not, however, self-satisfied but are concerned about discrepancies between what is and what might be or should be in themselves, others, and society.

I am working toward this no shame or guilt about the fragility of my own humanity, but no judgement of others. Respecting and esteeming one’s self and other equitably and being authentic.

I imagine that any human being when they are totally raw within their humanity they feel life against their soul and flesh is only a small filter.

What are your thoughts?

RT @thedailylove: Don’t try to change ppl – here’s a better idea – choose ppl who are already the way u want them to be. #TDL #SimpleWisdom

Monkey Math School Sunshine >> Your kid is going to love this app. …and to my dismay, it’s not available on Blackberry. However, you can get it on iTunes, Google Play, Windows and you can download it to your Nook. It’s awesome and my 4 year old loves it. http://ow.ly/i/UUNx

When you love from the heart, there are some special moments. Moments when the universe tells you in your soul… I brought you two together for this moment. You feel as though everything you’ve ever done lead us to this moment and you never want it to end. … For some that moment lasts a life time, for some its fleeting.

I now look at my 10 year relationship and 8.75 years of marriage as a pinboard of my heart. You choose special memories to fill your board up and tell a beautiful story, choose not to fill it up with the ugliness of the “End” or the “fairytale” and lies of the beginning. Fill your board up with those authentic, surreal, touching, special moments where the universe told you in your soul… I brought you two together for these moments.

Take your board and frame it as a PDF in your mind. Then delete it from your heart. Smile, laugh and cry when you mentally retrieve your pinboard and relive those astounding moments of love.

This will allow you to forgive and if some of us are ever lucky enough… To love again.

… As I struggle to let my Pinboard of the heart go… I send wishes of peace, fairness, kindness and the restoration of joy to those walking the path with me.

You cannot control LOVE. It cannot be mapped out on a timeline. It cannot grow with fear. You cannot trick it to stay with hope for what you think you want in the future. Real love is driven by destiny, feeling secure in the uncertainty of your passionate feelings, trust in each other and forgiveness of one another. Do not substitute comfortable for Love. Do not settle and call it Love. Just LOVE one another authentically. If you two cannot move forward by letting your past go and shape a new dynamic love without the baggage of your old relationship. Then take a step back and be authentic about what you really want for yourself and go from that place … Be prepared to be truthful and possibly let each other go… -@Efabulous1 for @TwoDopeMoms